A lot of things have changed in the last few weeks. It’s hard to put my finger on all of them. A month ago I taught my last class in the nursing home (the times before), and I miss them though I’m still in touch. I found a few of my other class people (last class taught 3/12). I’m still teaching online, and it’s a good outlet for me. My writer’s group, a martial arts class, my congregation, and my DnD campaign have all moved to virtual spaces. School hasn’t congealed into a full space yet, though I hear that’s coming, too.

Just because we’re still meeting, it isn’t always at the same time or the same way. It’s taken a lot of adjustment to get where we are, with sort of a routine, and I’m still struggling with it. I know I’m not alone.

In the last few days, I’ve discovered my fiction outlet again. At least, the part that lets me put type it out on the keys. I haven’t figured out where I want to share it yet. Still thinking, but I’ve really missed that portion of writing the words and twisting them to meet the visions in my head. It’s all microfiction, too, far less than 100 words and some just a couple sentences. It doesn’t matter- it’s getting easier every day to write a few of them out.

I feel like I’ve found something I didn’t know I’d lost. I know I was focusing on a book and I was struggling with it, but finding this little beacon within the changed world gives me another thing to hang on to. [there i ended a sentence with not one but two prepositions. it’s not wrong.]

What’s your favorite little turn of phrase? I try to cycle them through and my daughter looks at me for my idioms and asks what they mean. It’s an interesting journey with a very literal 11 year old.

During the massive amount of time I need to tell the kids what to do and make sure they do it, I’m crocheting instead because I can focus on it. The yarn tangled last night, and i stayed up too late conquering it into its different strands. It’s the little things! 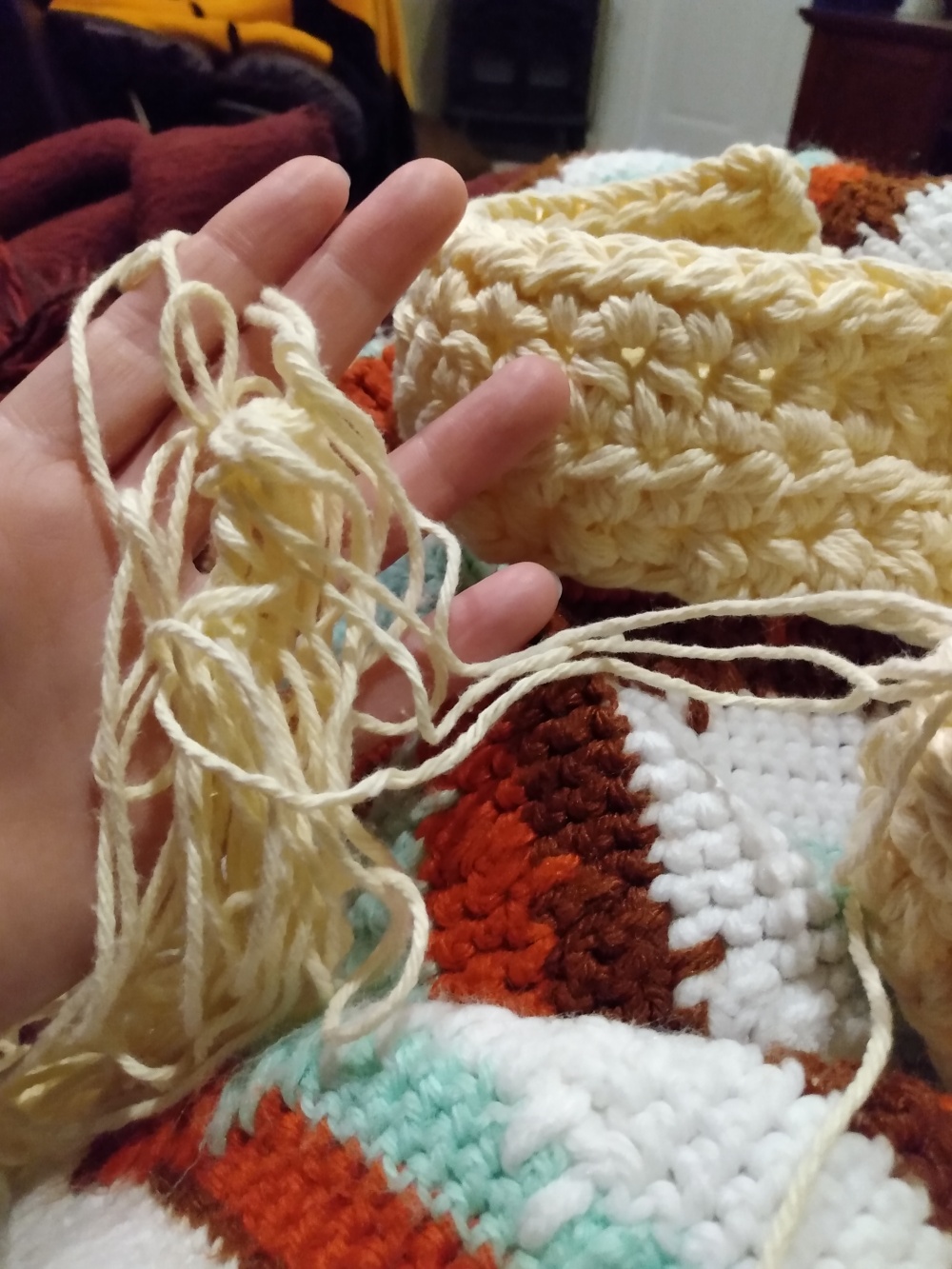